Every year, Houston’s grand comic book and culture convention, Comicpalooza, creeps up on me.

Sure, I order my passes and book my hotel as soon as possible, but about a week before the event I always regret not developing a cosplay. No matter how many notes on costumes and ideas I take the year before, another convention goes by without any sort of costume-play attempt.

Is it laziness? Probably. Lack of funds and time always contributes, but in the end it’s the fact that I just don’t think of it until the very last minute.

I honestly don’t mind if there are 13 other Leias at the party, I just want to be one of them.

Starting off with what is probably the easiest character I’ve considered playing, the valiant Velma Dinkley:

I’ve been told several times that Velma would be my perfect cosplay, and she actually seems rather simple to put together.

But who wears a turtleneck sweater with a short skirt in south Texas, honestly?

Simple enough, Clara’s “Souffle Girl” outfit is definitely on my cosplay bucket list. Comfortable, too, which is a plus when you plan on staying in costume all day. 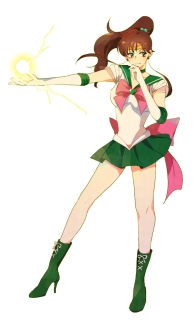 Kaitlin and I have always wanted to cosplay as Sailor Scouts together, and although she is about a foot taller than me, Sailor Jupiter would be so fun.

Typical and cliché, I know, but I absolutely love Leia, and her Hoth costume looks the easiest to manipulate. Slave Leia may be a little too out of my league.

About seven years ago I actually had a Rogue jumpsuit custom-made for a party, but I was never able to truly finish off the look. I would love to start over and do it right!

As someone who has never really developed a cosplay before, but has worked on countless small stage productions, I look forward to the day when I am able to bring a character to life from the outside in, and of course, take some rad photos along the way.