the girl that time forgot.” 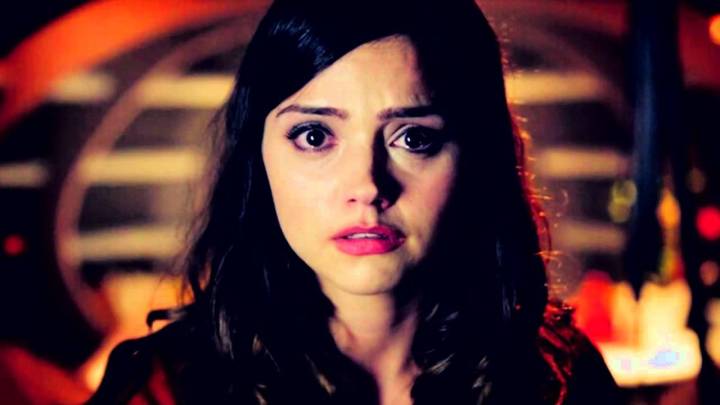 The Doctor and his impossible girl return to the small screen this Saturday in the series 9 premiere episode, The Magician’s Apprentice.

At the conclusion of series 8, we left Clara at an extremely critical and heartbreaking time. She lost Danny Pink, the man she had only just professed her forever love to, and in turn, had lost The Doctor, as they chose to go their separate ways for the sake of one another’s happiness.

As it does every year, though, Christmas comes along and changes everything. Clara finally experiences the closure she needed in letting Danny go, and by the end of the episode we knew that she would return for series 9.

And all of this after her already tumultuous past, or pasts, as Clara is indeed the impossible girl, the girl that time forgot. Her own timeline was torn apart and scattered across time and space to be certain that she was there for The Doctor when he needed her most, every single incarnation of The Doctor that there has ever been.

Time and space travel is incredibly interesting, and the idea that someone could be scattered across every layer of time to live and die as one is both exhilarating and heart-wrenching. Oswin Oswald and Clara Oswin Oswald both perish in their respective episodes, after we had already fallen for their doe-eyed fierceness, trusting hearts, and kick-ass one-liners.

Here’s to Clara, because although her character has been fleshed out with a gazillion flaws and plot-holes, I’ve grown to love her and her story. Her journey is a beautifully tragic one, but she’s certainly convinced the universe that even through all of her hardships, she’s ready for anything.