A week from today the first preview showing of J.K. Rowling’s The Cursed Child will hit the stage at the Palace Theatre London, and to celebrate Pottermore is counting down with exclusive images of the key players in the eighth chapter of Harry’s story. 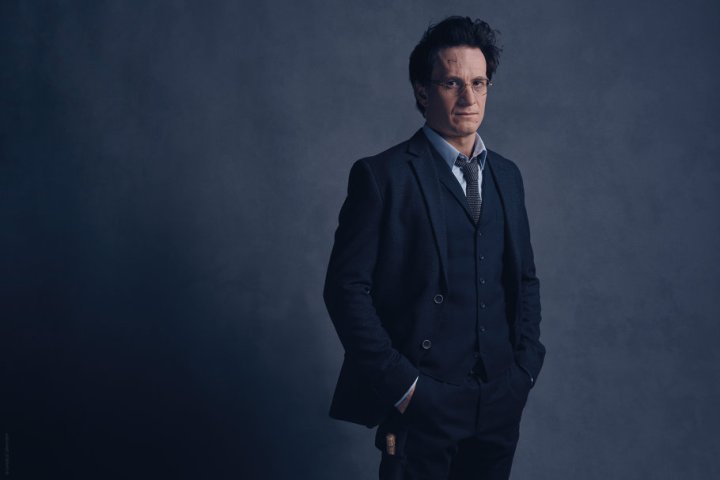 Die-hard fans can feel at rest now with the casting of Jamie Parker as Harry Potter himself, as Rowling told Pottermore, “He simply is Harry now. There’s a kind of relief in watching him, he gets it so right.”

Just by the look of him, we can see that Parker has indeed ‘gotten it right’, with the wardrobe and concept team at his side, Jamie Parker truly looks like the adult-Harry we’ve been dreaming of. 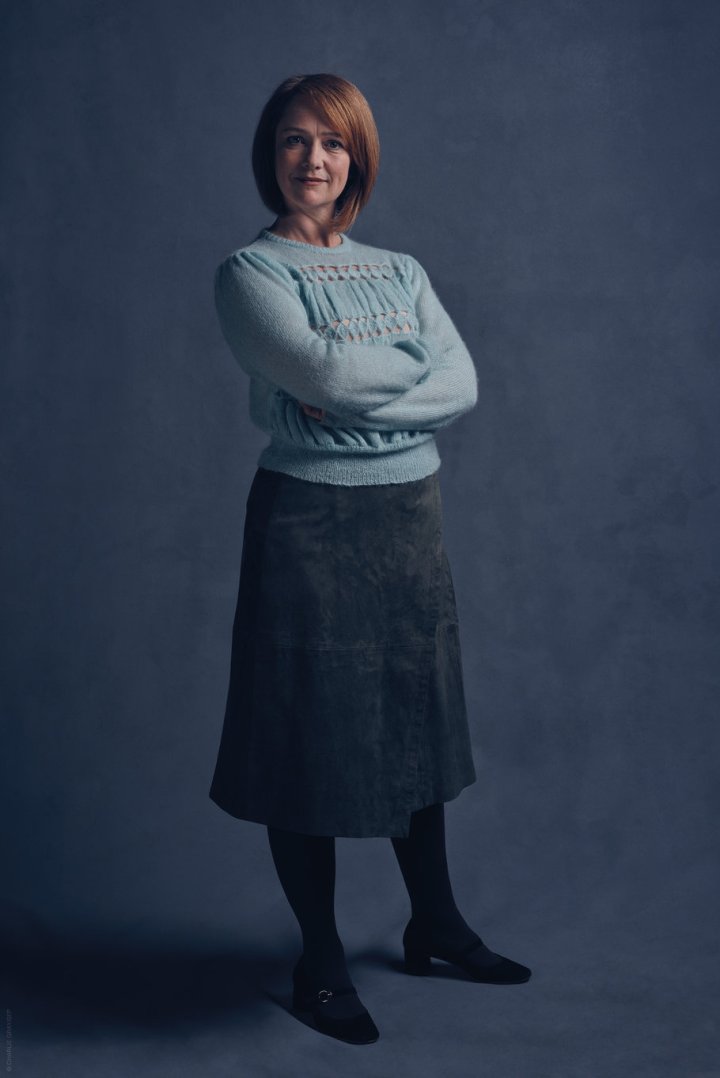 The released image of Poppy Miller as Ginny Potter (previously Weasley, but you knew that) already feels like a reincarnation of the wisdom, sass, and passionate nature of her mother, Molly. It’s almost chilling how accurate Miller’s Ginny seems to be, aside from the obvious red hair, but her attitude in the photograph as well.

She looks strong, insightful, and respectable, but hopefully we’ll also see a glimpse of her fiery nature in the story to come. J.K. Rowling says of Miller’s portrayal of Ginny, “Kind and cool, exactly as I imagined her.” 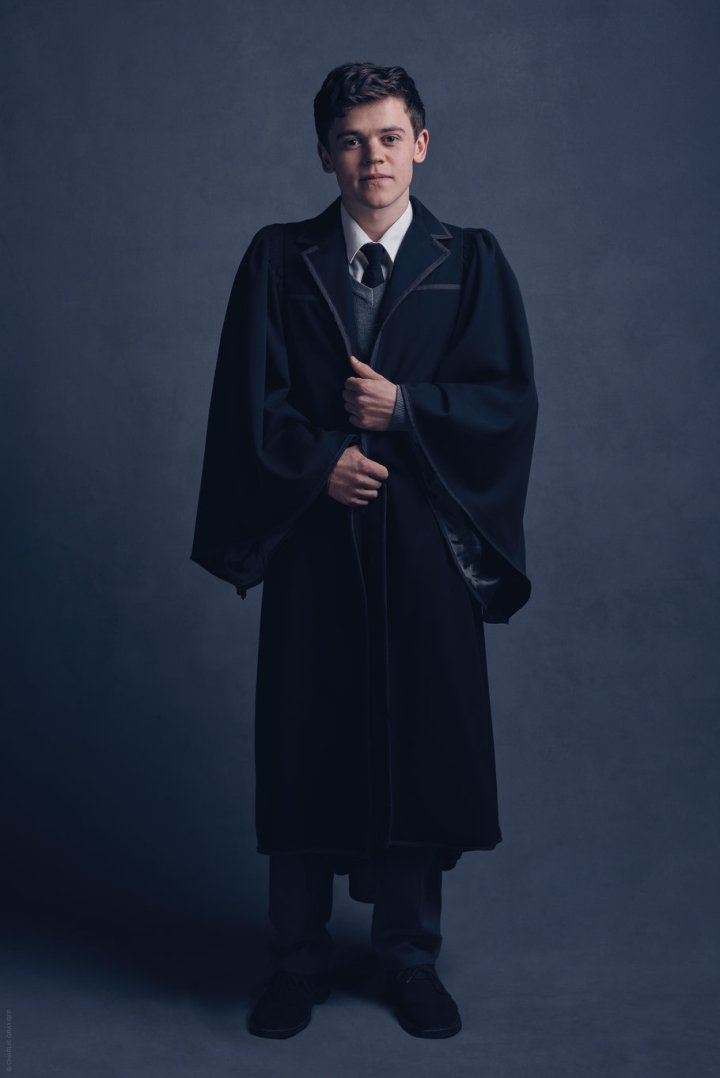 Alas, the cursed child himself, Albus Severus Potter, sporting an updated set of Hogwarts robes, for anyone curious as to what kids are wearing at the castle these days.

Though, Sam Clemmett who plays Albus says that he believes this particular set of school robes must have belonged to his character’s elder brother, James, just as his mother’s family had shared Hogwarts robes in the past. “This is what Albus wears at the start of the show,” Clemmett said. “I had the idea he was wearing James’s – his older brother’s – hand-me-downs. So I wanted him to feel quite uncomfortable, and be able to play with his clothes.” 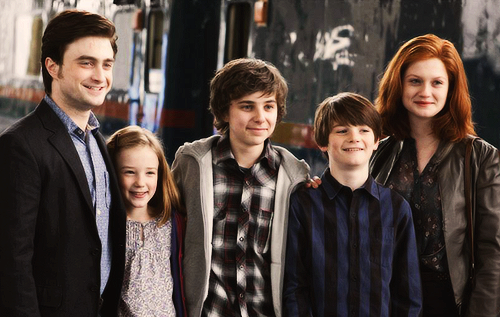 Pottermore offered the plot to this latest Potter installment back in October, stating that Albus’ story will focus on the weight of his family legacy and what that means for a young wizard, while Harry works at the Ministry of Magic.

As past and present fuse ominously, both father and son learn the uncomfortable truth: sometimes, darkness comes from unexpected places.

Lucky for fans, Pottermore isn’t through divulging new information about The Cursed Child, as they’ve told us to keep our eyes peeled for more images and discussions with the cast as the week goes on.

What are your reactions to our first look at the Potter family? Who do you look forward to seeing most? Let us know in the comments below, or on Twittter or Facebook.

One thought on “Meet the Cast of ‘The Cursed Child’: The Potters”