After waiting for what seems like forever after the Pottermore relaunch announcement (which was really only 11 days ago, but who’s counting?) the shiny, new version of the site went live today in honor of actor Tom Felton’s 28th birthday.

I’ll start right here by saying that I already miss the interactive aspect of the website. So, if you were really into that in the old Pottermore, you’ve been warned.

But that aside, the team at Pottermore has given us the official Harry Potter encyclopedia that we’ve been yearning for so long. It still is a very beautiful website, with almost as much of the artwork as we had before, and the movement of text and graphics on the pages does help keep a bit of the magic alive. 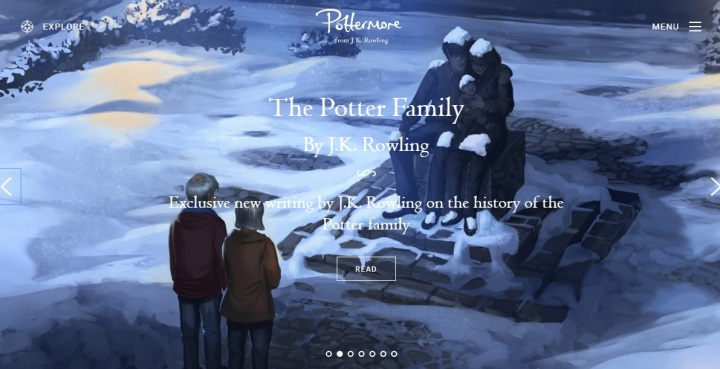 The most exciting part of the site, where Rowling posts her never before released insights into different aspects of the story. This is where I expect to see any announcements regarding the Fantastic Beasts story-line and film. 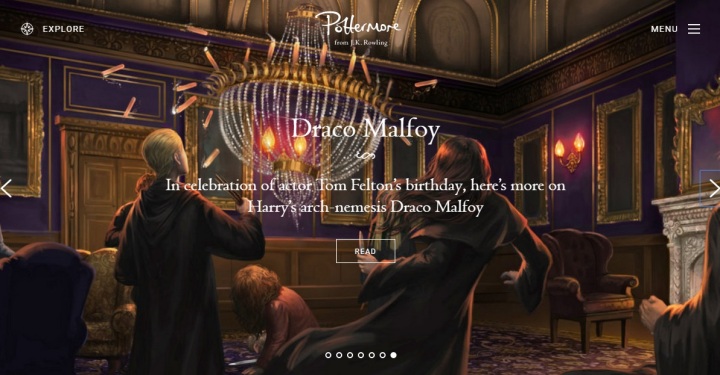 There’s a whole page from the menu bar dedicated to exploring the preexisting story, giving us character pages and a mix of artwork and images from the films. 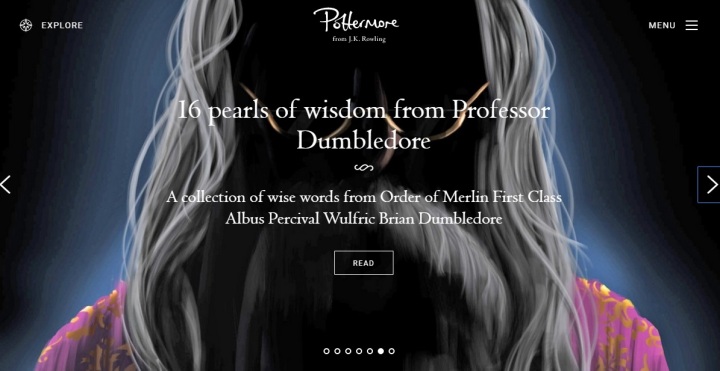 Basically the “listicles” portion of the website, with pieces such as “11 times Snape was the hardest teacher to please” and “7 reasons to love Luna Lovegood”.

And, of course, the shop, where you can purchase as many copies or digital downloads our beloved Potter books as you could ever want or need.

After browsing for a bit, I’m happy with the final product. I miss the games and quizzes, but we are promised a patronus quiz and the return of the sorting hat. I was skeptical, but the most important aspect of Pottermore for me is the new information we receive straight from Rowling herself, and that’s exactly what we’re told to expect from the revamped website.

2 thoughts on “Welcome to the New Pottermore”